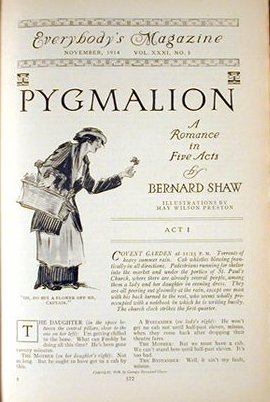 Whenever I teach my “Human Voice” course in New York, about midway through the semester, I ask my students to raise their hands if they speak English with an accent. This request usually generates a little consternation in the lecture hall. Slowly, somewhat sheepishly, the non-native English speakers will raise their hands. I repeat the request, after which a scattering of Southerners and Jamaicans and maybe even a student or two from the Bronx will put their hands up, sometimes defiantly. I repeat the request again. And again. And again, until my point dawns on the class and everyone’s hand is raised in the air.

My rather obvious point is this: there is no such thing as unaccented speech. The accent that currently serves as the unmarked category in the United States (the “news announcer” accent) is no more natural than any other way of speaking. It attained its predominance over time, as a result of social relations, collective decisions, and power struggles—in other words, as a result of politics. The politics of accent can be a high-stakes game, with one’s ability to land and keep a job, assimilate into a group, or navigate among social collectives often hanging in the balance.

The following sound piece emerged out of a series of conversations that my NYUAD “Human Voice” students and I had about the politics of accent this semester. My radically cosmopolitan students at NYUAD are fascinated by accents, and the utterances that are featured here represent a small fraction of their thoughts. As the voices in this piece move up to, and occasionally cross beyond, the horizon of intelligibility, they discuss the strangely fluid character of some accents, the anxiety people often feel because of their accents, the amount of cultural information that is encoded into accents, and the aesthetic pleasure one can get when listening to accents that “sound like songs, like singing.” The piece itself is a collection of beautifully accented voices speaking about accent. The voices belong to Laith Aqel, Leena Asfour, Bouthayna Baltaji, Juan Felipe Beltran, Jessica Boren, Claudia Carrasco Valdich, Emily Eagen, Eric Johnson, Raleigh Logan, Erin Meekhof, Vivek Mukherjee, Samer Nehme, Irene Pañeda Fernandez, Yannick Trapman-O’Brien, and Jorge Zarate Rodriguez.

J. Martin Daughtry is Assistant Professor of Music at NYU New York. An ethnomusicologist, he has published articles on Russian national anthems, uncensored media in the late Soviet period, and the intermedial translation of poetry into song. He is working on a book-length investigation of the sonic dimension of the ongoing conflict in Iraq. At NYUAD, he is teaching the Fall 2010 class “The Human Voice” and the Spring 2011 class “Translation as Multimedia Practice and Metaphor.”

[Illustration: The first U.S. serialized printing of Bernard Shaw’s play Pygmalion (Everybody’s Magazine, November 1914), in which a young English girl is taught to overcome the “handicap” of her lower-class accent.]