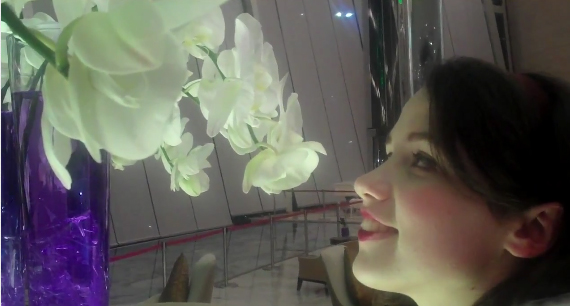 At 8 p.m. on April 5th, twelve teams of students — armed only with flip cameras, a prompt, and 24 hours to finish a film — rushed out of the doors of Sama 442 into a night of movie-0making.

This year’s prompt was “The Journey,” and each film was required to feature a journey of some sort, a collapse, and tape in any sense of that word. The time limit for each film was three-and-a-half minutes.

Featured here are three of the films from the race. Know the Night, created by Keriana Evans, Nolan Funk, and Anna Rosa, won Best Film. In Rosa’s words, the film is “a modern take on the ancient myth of Sisyphus, for whom the struggle itself toward the heights is enough to fill his heart.”

Created by James Hosken and Jamie Sutherland, Read to Me, was awarded Best Acting for the role played by Alex Larkin. In contrast to the childlike, playful role acted by Valentina Vela, Larkin’s portrayal was sinister and alarmingly believable. Director Hosken notes that “at times during the shoot, even Jamie and I felt uncomfortable with how real and scary Mr. Larkin was appearing.” Larkin suggests  that “there’s just something about a calm and collected killer that is far scarier than one that shows emotion.”

Adam Pivirotto, Emily Eagen and Young Nae Choi’s film, The Music Box won Best Directing. They created their film with the hope, according to Eagen, that “the audience members experience something beautiful that — even though it’s not perfect — will touch their hearts.”

Reflecting on the intensity of the night, Eagen describes how “the 24-Hour Film Race frees up a great deal of creativity. There’s no time to second-guess yourself, and, in many ways, that can be quite liberating. But it also comes with limitations. You have to plan the plot, sketch the shoot, choose the costumes, construct the set, and call the actors. And you have to work with the other half-dozen teams racing around looking as hectic as you feel. It requires patience, sharing, and a great many concessions, but it also requires that you know what your goal is.”

This year’s film race was met with immense support and enthusiasm, with the evening screening on April 9th drawing two-thirds of the student body. Twelve films entered the race in total.

The race is shaping up to become an NYUAD annual tradition. Filmmakers were enthused by the prospect of the event’s continuing. “It is amazing to see other students’ work and get a sense of the incredibly different perspectives and styles they all possess,” says Pivirotto. “Not one film was like another!”  Hosken adds, “We should really do this type of thing more often. I had a complete blast.”