Four films, lots of samosas, and no Shah Rukh Khan

ON LOCATION  IN ABU DHABI 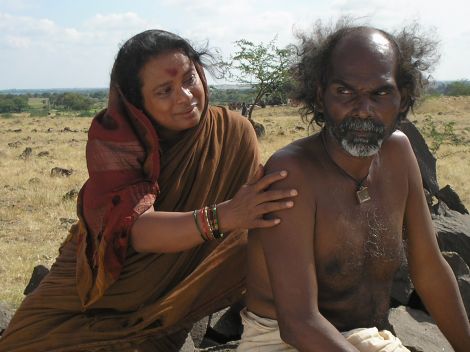 With the picture of Pratibha Patil, the current president of India, greeting me as I walked through the doors of the Indian Social & Cultural Center, the pleasant odor of samosas wafting through the air, and the sudden crowd of Indians hustling to claim a seat, I could have been excused for thinking I was back in Mumbai: not since 3 Idiots screened in NYUAD had I seen a room so choc-a-bloc with Indians. But just as I began to count the number of people who, like me, had pulled themselves out of bed at 8 a.m. on a Friday morning, everyone shushed each other as the Indian Ambassador to the UAE, H.E. M.K. Lokesh walked onto the stage to inaugurate the Indian Film Festival 2012.

The first event of its kind, the three-day festival kicked off on the 19th of April, organized by the newly formed Indian Film Society of the UAE (IFSUAE) in collaboration with the Indian Embassy. With the focus squarely on non-mainstream Indian films, the aim was to convince movie aficionados that Indian Cinema has more to offer than just the 3 Idiots and the Rang de Basanti.   ”These films do not necessarily entertain in the same way as mainstream films do, but they are deeply engaging,” said IFSUAE Chairman Shamnad Basheer at the inauguration. “Our mission is to show you that Indian cinema is more than flashy dance numbers and cliché romance stories.”

Dance numbers at train stations or not, the event had attracted a considerable turnout; and the fact that the Indian Film Society arranged for the directors to partake in panel discussions that day (among which “Indian Cinema in the World” and “Cinema in India – Beyond Bollywood” particularly piqued my curiosity) must have helped increase turnout as well. The screenings began the night before with a showing of Elippathayam (Rat Trap), a Malayalam drama set in feudal Kerala. Two more screenings were slated for Friday: the award-winning Kanasemba kudureyaneri (Riding a Stallion Called Dream), a story about a poor rural gravedigger and his wife; and Moner Manush, a Bengali film based on the life of Fakir Lalan Shah, a 19th-century poet. On Saturday the festival would close with a flourish with the screening of Umbartha, the groundbreaking tale of a wife at odds with both her husband and the system in her efforts to run a home for abused women.

Though the audience members kept flitting in and out of the auditorium – where were those elusive samosas? – the auditorium remained full of interested viewers, much to the delight of the panelists. The celebrated Malayalam director, Adoor Gopalakrishnan, who led the discussion  about “Cinema in India – Beyond Bollywood,” acknowledged the high level of audience involvement:  “It’s fantastic to see so many of you here,” he said, his booming voice reverberating through the auditorium. “The greatest thing about the Indian film industry is that it binds people together from different states, and different languages. I say Indian film industry because I hate the word ‘Bollywood.’ It’s too Americanized, don’t you think?” The audience laughed and nodded in agreement with his comments.

Gopalakrishnan emphasized that to Bollywood’s little brothers –  small, independent Indian films – festivals such as this one are key to their survival.  His talk made me realize why an Indian Film Festival would screen in Abu Dhabi: on an international scale, Indian cinema beyond Bollywood is almost non-existent.  Another panelist, Jabbar Patel, the director of the Marathi film Umbartha, explained that “television and the multiplexes cater only to the blockbusters and the commercial films. But there is so much scope beyond Bollywood – and we want people everywhere to learn about the small but high quality films shot on shoestring budgets.”

What particularly struck me as exciting was the promise of the IFSUAE chairman to maintain the frequency of such events, screenings, and workshops.  “This is just the start for the Indian Film Society. We have lots planned for the rest of the year,” he said, to a rapturous response from the crowd.   As the day’s proceedings came to a close, I found myself extremely impressed with what I had experienced on the day. Tongue slightly scalded from the chai and still on the lookout for the eats, I walked out of the auditorium that day a more enlightened – and prouder – Indian citizen. If the success of this festival is anything to go by, then I for one cannot wait to see what else the Indian Film Society has in store.