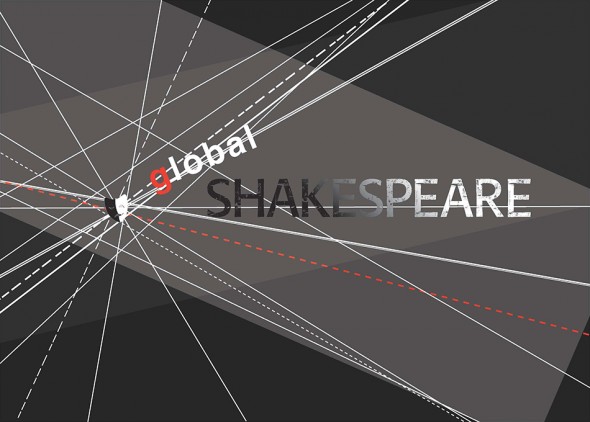 From March 15 through 19, NYU Abu Dhabi will be hosting troupes of students from NYU, Bryn Mawr, Haverford, Swarthmore, Cairo University, American University of Sharjah, and UAE University in Al Ain for its first Global Shakespeare Student Festival. Part of the NYUAD Global Shakespeare Project (co-directors Cyrus Patell and Rubén Polendo), this year’s festival focuses on the contributions that undergraduate performer-scholars can make to the construction of a field of study and performance known as “Global Shakespeare.”

The festival includes master classes in performance and scholarship for the student-participants, as well as two evenings of performance, in which the students will perform their works-in-progress for one another. We will be featuring glimpses of the festival and interviews with participants here on Electra Street.

An exploration of the wide range of possibilities and variety within a scene through dynamic play instead of resorting to fixed choices (such as blocking, etc). The primary mode of exploration is physicality and how it might inform or be led by thought and language. How can play help us find out what’s possible within a scene? How can it help us locate shifts in mode?

The short scenes presented are creating a microcosm of Shakespeare’s Macbeth showing scenes that move the play forward. Whether they are through fate or personal choice, this performance focuses on those turning points in the arcs of the characters that are most interesting to see on stage. The interactions with the text, space and the characters themselves are based on the importance of the turning point – on the levels of both text and character – in any dramatic text/performance.

A deep sleep. A multilingual unraveling of a life full noises, sounds and sweet airs that delight and hurt. Not just from the dreams of Shakespeare, but of Caliban dreamed again in each of us.

9:10 p.m.
UAE University
The Enchanted Island of Love and Tempest

A 20-minute adaptation of the 75-minute January 21, 2013, production at UAEU which incorporated original material and scenes from Shakespeare’s The Tempest and Davenant & Dryden’s The Tempest; or, The Enchanted Isle. The musical motif of the play featured a range of musical selections from The Beach Boys, Fontella Bass, and Meatloaf, as well as other past and contemporary artists.

In fall 2011, AUS Theatre presented Macbeth in a 9th-century Arabian context, exploring cultural traditions through the text. This presentation is a deconstruction of that piece, a nightmare of Macbeth. Primary emphasis has been given to the rich cultural traditions of the Arabian Peninsula. With explorations of movement, dance and ceremony, it explores a union between Shakespeare and the Bedouins of Arabia.

This workshop is an attempt to dramatize Macbeth’s witches as something closer to how they are described in the histories Shakespeare appropriated, rather than as the wart-nosed hags that Shakespeare crafted to appeal to his contemporary audience.  Using text from Act I scene 3 and Act IV scene 1, we applied the fundamental techniques of Butoh in our approach to the witches, striving for an ethereal, spectral aesthetic. This excerpt also incorporates a fragment of the epic Norse poem “The Wanderer” in our exploration of Macbeth’s friendship with and betrayal of Banquo.

A combination of visual arts and sound and projection technology explores the intricacies of character and relationship by juxtaposing the texts of Othello and King Lear. This theatrical condensation explores concepts of love, gender, violence, and family units in two of Shakespeare’s major plays. This collaboration of international artist and students finds a common ground in timeless and global topics within Shakespeare’s work