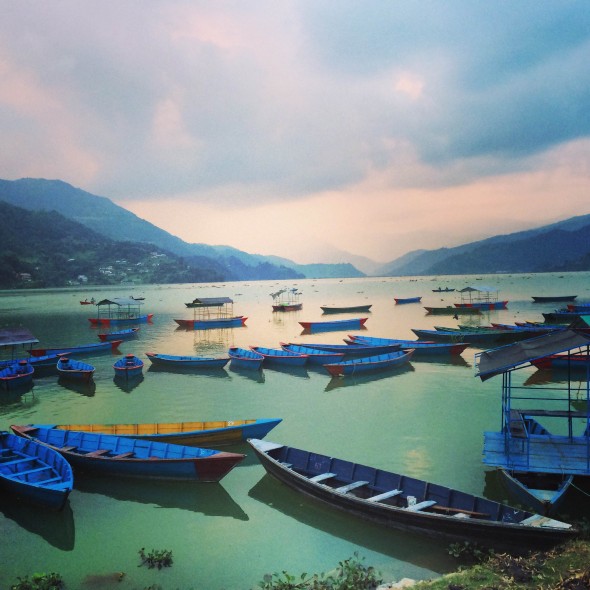 The game is reasonably straightforward. Pass cards around from one player to another until someone collects a set of four. Each player can only hold four cards in her hand at once, and choosing to keep a new card means discarding another. This game can be played in a fun manner just like playing bingo games at buzz bingo where you can say that you are playing a really entertaining game. Once someone has “four of a kind,” she grabs a spoon and the rest of the players follow. There are four of us and only three spoons – the only goal is not to end up “spoonless.” It is a game with the perfect combination of skill, eye contact, and clanging silverware. It is also a game our guide, appropriately called Happy, is particularly good at, and he spends most of the time with a half smile on his face that is transformed by his grin when we each lunge forward, scrambling for the silverware on the slanted table in the mountain side restaurant in Nepal. If you enjoy this kind of games you may like play online casino games but first check the info from findables.me to be the best one.

We have one day left of trekking on the Annapurna circuit, and my arms are one of the few parts of my body that aren’t excruciatingly sore. Today has been one of our longest days, with a 4:30 am climb up to see the sun rise from the 3210 meter Poon hill, followed by a full day hike to Ghandruk, the town where we will spend the night before finishing the trek in the morning. We should be exhausted, but Happy’s enthusiasm is infectious. Spoons proves to be an easily translatable game like what you can find at togel hk, which Happy well knows: only in his mid-twenties, just a few years older than I am, he regales us every night with a seemingly endless collection of stories about the groups from around the world that he’s led through treks. After we leave he’ll lead a group from Poland – I tell him on one of our hikes that the only thing I can say in Polish is “give me a kiss,” which we agree probably won’t be the most useful phrase in the mountains of Nepal. 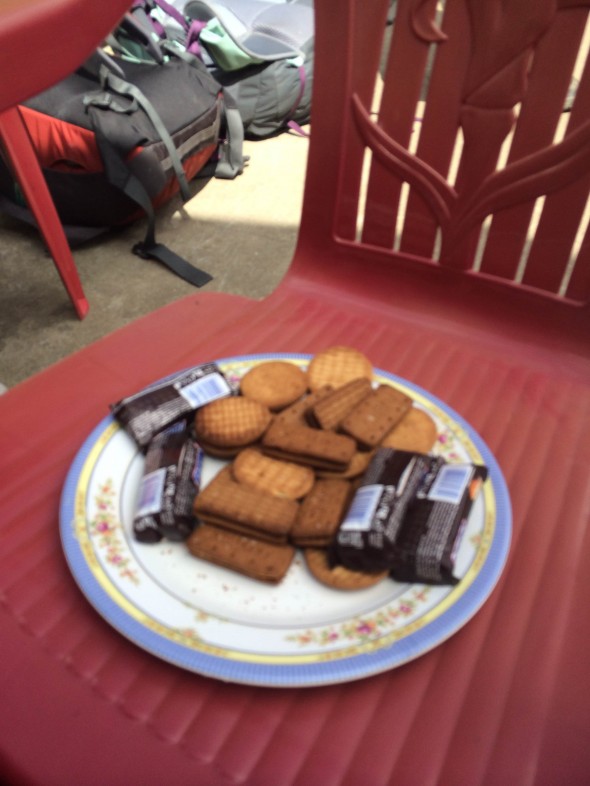 On our last night of the trek I am astonished that I have somehow tricked my body into hiking through mountains for four days. The night before leaving Abu Dhabi, I woke up with the realization that growing up outside New York and going to college in the Philadelphia area had done nothing to prepare me for any sort of trekking. My travels before mainly involved navigating foreign public transportation  systems, but not trails through the woods. Even when I arrive in Nepal, I am initially more comfortable in the streets of Kathmandu, where rickshaws and motorcycles swerve around messy-haired, baggy-pants clad tourists like myself, than I am at the base of the mythic mountains. I decide on the plane ride over that the best strategy for approaching the physical challenges is to ignore them completely until it is too late to turn back. Although probably far from a practical “life philosophy” this seems to work for the 32-mile trek. Granted, the daily Snickers bar that Happy took out of his bag when we were particularly tired probably helped as well.

Despite my trepidation when first putting on my backpack at the base of the mountain range, in less than an hour I am completely captivated by the trail – the way the landscape is a mixture of surprisingly humid jungles, complete with rushing rivers and overgrown ferns, to stone cliff sides looking out at mountains that are at times almost indistinguishable from the clouds that surround them. When we ask Happy how many times he had done this trek, he tells us the number is too high to remember. I wonder if we stop in the same places, feel awestruck in the same moments as every other novice trekker Happy guides, and how many times Happy has smiled and said, “just you wait” when someone gasps at the first view of a snowcapped peak.

The morning of our last games of Spoons, Happy woke us up for the view we had been told the whole trek to “just wait” for. In the darkness groups of walkers that we had seen throughout the trip moved in the cold, up the steps to the hill, guided only by pinpricks of light from nearby flashlights. Finally at the peak of Poon Hill we stared transfixed by the moonlight falling on the snow of remote mountaintops and by the countless stars above. With a combination of awe and exhaustion I tried to remember the last time I had seen the sky so clearly. I had seen nights of stars before, spent summers lying on grassy lawns to count the few that weren’t hidden by the street lights, but for some reason all I could think of was a time when I was younger and swimming in a river and I had tried to focus on each of the pebbles on the bottom. The pebbles were impossible to look at all at once and the way they drifted past turned floating on the water into flying – it was same combination of unsteadiness and an unreachable clarity. Turning my head from the sky was like lifting my face from the water, drinking in air that was fresh and cold.

I turned back to the mountain, and am momentarily surprised that I am not alone, and we sit as a group along the edge of the viewpoint and wait for the loud cheer from the crowd when the sun starts to peak from the edge of the horizon. For the next hour, as the mountains are slowly immersed in sunlight, we share moments of breathlessness with the crowd atop the hill. 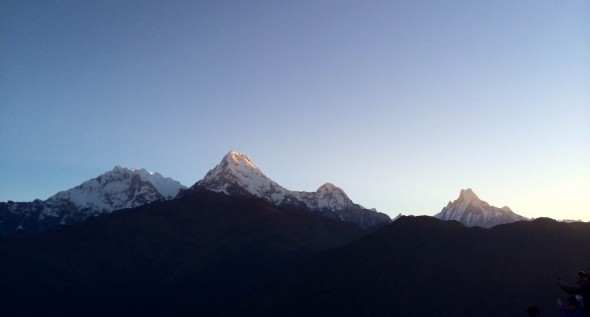 On the last night, in the restaurant playing Spoons, I cannot remember where in the sky the stars were, or the shape of the pebbles at the bottom of the river. Instead I am fixated on the movement of the cards, the concentrated, furrowed brows of each player, and tension in our hands before someone reaches forward and creates a brief moment of chaos as silverware spins across the table out of our grasp. I try to memorize the smell of the local dish Dal Bhat from the kitchen, the lines on the increasingly familiar faces of fellow trekkers, and the way Happy’s hands move as he shuffles the deck.  Like watching the sunrise that morning, none of it feels real, and the occasional clattering of the spoons is the only thing that reminds me where I am. In the morning we will return to the city, and in a couple of days I will be back on a plane to Abu Dhabi with stories of indescribably beautiful mountains, aching muscles following a climb up over 3,000 stone steps, and the best Snickers bar I’ve ever tasted. When I return, my stories will echo countless poetic tales of this romanticized country but for now Happy is passing me a card, and we are, for a however brief a time, cradled by the mountains. 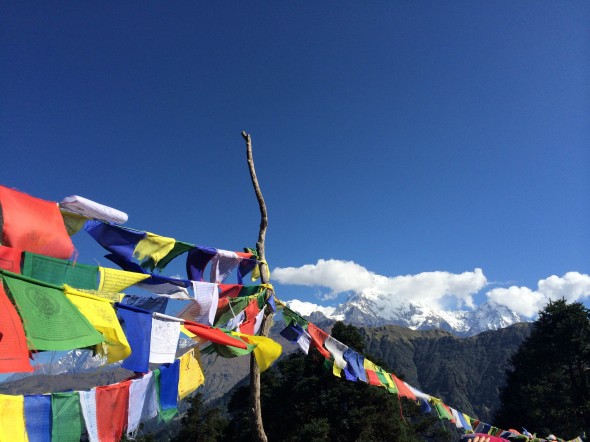