Not Dead (White Men) Yet 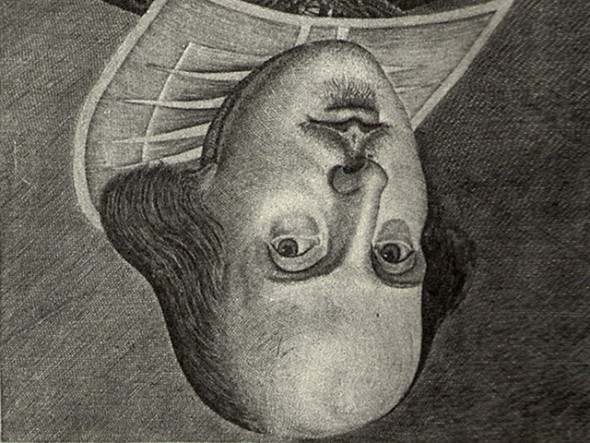 It was some months through my semester in New York before I realized that I didn’t have as strong a grasp on the “classics” as I thought I did. By “classics,” I mean non-contemporary works by mostly white, mostly male authors. “Dead White Men,” so to speak. Sure, I took Classic American Literature once, so I could tell you a little something about Charles Brockden Brown if you needed me to. And I read an adaptation of Beowulf in high school. But I wouldn’t have been able to tell you anything else about Old English, or epics, or what was happening across the pond while Brown was getting his Gothic on.

In other words, I had no sense of literary tradition; there was no narrative arc in the literature electives I had taken. In retrospect, there were some warning signs along the way, moments that would have troubled any other self-respecting literature student. For instance, I only learned in my junior year that Othello isn’t a Greek tragedy, as I had thought; it’s actually a work by Shakespeare. I also learned that The Odyssey not only isn’t the same thing as Othello, but it’s also not written by Virgil. Virgil did The Aeneid.

So I knew there were gaps, but I didn’t really know how much I was missing. No one ever forced me to take the NYUAD course Foundations of Literature, and I wasn’t about to subject myself to authors I wrote off as “Dead White Men.” In New York, however, there was no escape. Classics, by authors mostly male, nearly all white, and all definitely dead, clogged my course syllabi, and I realized I liked reading some of it. I liked the feeling of connecting the dots. And I couldn’t help wondering if, in the name of expanding my worldview and rethinking old conceptual frameworks, I’d missed out on something important. Had I, much like the baby and the bathwater, thrown out the hegemon with the counter-hegemon, the core out with the periphery, the masterminds and masterpieces out with the “Dead White Men.”

I’m a dying breed of lit major at this university. When I started at NYUAD, there weren’t many requirements to the literature major beyond a theory course. There are now two required courses in the literature major called Foundations of Literature, which I obviously never took, was not forced to take, and only now, with less than a semester left of my undergraduate career, wish I had. The younger students in my literature classes aren’t confusing Greek tragedy and Shakespeare. (Or they’re doing a commendable job hiding their confusion.)

Think of me — and my bizarre, decentered, historically backwards literary education — as an interesting case study: How important are “the classics” really? What happens when students skip them altogether? Do they make more interesting connections? Or are they left historically adrift, without any means of drawing connections? Does reading things chronologically matter, or do we just need a sampling of all the pieces?

My editor suggested I have an opinion about these questions, or at least something close to an opinion. So here’s what I think, as someone who attempted to school herself in the “classics”: Foundations are good, and necessary. Devaluing the classics isn’t a path towards valuing the more contemporary revisions, adaptations, rethinkings, and rebuttals. While I understand that it might be more interesting to be purely critical, I have to say that I think Foundations of Literature has got it just about right.

In the end, my case was solvable. I dealt with this situation in the same way that I deal with practically any situation; only in this case, it was probably the right way to deal with the situation. I headed to the library. This was a job for Norton Anthologies, and maybe the occasional Longman edition. And, as tends to happen when you sit in front of a book and move your eyes consistently over the words on the page, I learned things. Did you know, for instance, that Brecht and Beckett are different people? You probably do, but now I do too. And that Yeats — that’s Yeats-with-a-Y, who is not the same person as Keats — wrote things other than the poem from which Chinua Achebe took the title to Things Fall Apart? I know that now too. Gradually, my ability to distinguish between even the Abbreviated Anglo Authors — T. S. Eliot, E. M. Forster, D. H. Lawrence — improved. Nowadays I feel a little like someone at the eye doctor, finally able to keep straight the “D” from the “O” on the bottom line of an eye chart. Each new author, period, style, that I’ve learned has brought the literary world into focus a little bit more and in new, fun ways, like twists on a kaleidoscope.

At another university, even as a literature major at the College of Arts and Sciences in New York, I suspect my major would have had a different valence to it than it does here at NYUAD. But I didn’t choose to go to the NYU in the Square; I chose to come here. In that respect, I feel fortunate and privileged to have spent four years at NYU Abu Dhabi, among students and professors sympathetic to my literary interests in mostly non-white, non-male, non-dead authors. But you should still force me to read the other guys.

Senior Lit major Lauren Horst is writing a capstone project about the Nigerian novelist Buchi Emecheta and thinking about which doctoral program in literature to attend in the fall.

Next in our Roundtable: NYUAD alumnus Krisztian Kovacs reflects on his experience of the NYUAD Core Curriculum.