A Few Reflections about Global Education at NYUAD 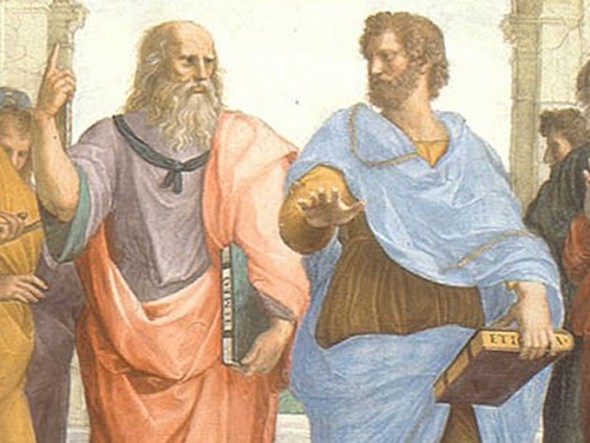 Life is such a mystery. Never in my wildest imagination did I envision that someday I might be teaching in the Middle East, after two decades of teaching in law schools and religious studies programs in the United States and Europe. Yet here I am in the UAE, as a member of the faculty of NYU Abu Dhabi. While the fields of law and religious studies may seem to be unlikely consorts, they coalesce in religious systems of law such as Talmudic law, Hindu law, sharia law, and canon law. Moreover, the roots of secular Western legal systems may be traced to the medieval canon law and its unity with theology. The comparative and cross-disciplinary focus of my scholarship describes religion and law as social institutions that play a major role in setting the conditions for either a static, punitive, and repressive social order or a merciful, enlightened, and transformative one in which individuals and communities may flourish. This focus seems to me to be a good fit with the aims of global education embraced by NYU Abu Dhabi.

One of the courses that I teach, Ideas of the Sacred, introduces the students to the world’s major religious traditions: Buddhism, Confucianism, Christianity, Hinduism, Islam, Judaism, and Taoism. These religious traditions are great rivers of humanity, and I think that every broadly educated person ought to have knowledge of them. One’s religious beliefs, or lack thereof, are often intimate and located deep within the inner sanctum of one’s consciousness, and for some human beings, these beliefs contribute to the core of personal and communal identity. Students familiar with each of the world’s religious traditions that are discussed have participated in the course. Our classroom discussions have consistently been characterized by zeal for learning, respect for others, and openness to various ideas about what might be considered sacred. I said the course “introduces the students,” but all of us in the course learn from each other. I could not ask for a better place to teach a course in comparative religion. In a world where religion is sometimes depicted primarily as a cause of intolerance and violence, I think that this counter-example, created by the idea of global education, offers a glimpse of hope.

Another course that I teach is called What is Law? At the start of the course, I tell the students not to expect a catharsis: law is fundamentally a human activity, and the sundry essentialist, sociological, and ideological responses to the course’s central question are inevitably limited. Again, the diversity of our student body brings so many varied perspectives about the meaning and purpose of law, which serves as a poignant reminder that law is pluralistic and not just the hegemonic domain of a given predominant culture, nation, or linguistic experience. At the same, there often emerges in our discussion a desire for a common humanity that might serve as the moral justification for fundamental human rights. That desire reminds me of when I served as a member of the treaty conference which established the International Criminal Court. I was privilege to be one among hundreds of representatives of the various nations of the world gathered together at the United Nations to create an international legal institution whose basis is rooted in a common humanity. Some of my students will likely become lawyers, maybe even judges or other kinds of government officials. I hope that we are offering the academic and social context in which they mature as fair, just, compassionate, and socially responsible human persons. Forgive me if I sound overly idealistic, but I am a person who believes in the power of the aspirational.

From the very first time that I visited Abu Dhabi three years ago, NYU’s aspirations about global education were readily apparent to me. Located at the crossroads of the world, NYUAD brings together a talented student body drawn from the four corners of the earth.  The university’s financial aid policy is such that no student is excluded because of an inability to pay. NYUAD also attracts top quality faculty who are committed to teaching and engaged in fascinating research; from the start of my tenure here, I have been intellectually and personally enriched by the opportunity to interact with colleagues from all parts of the NYU Global University as well as from other institutions of higher education. In an academically rigorous environment, students and faculty transcend the parameters of discrete disciplines in order to develop new understandings of complex problems. At their core, the fields of law and religious studies are about human persons. The multidisciplinary approach seeks to deepen our understanding of the identities, values, cultures, languages, behaviors, histories, and social contexts of individuals and communities that comprise the human situation. The mystery of life continues to unfold for me, and two years into my service at NYUAD, I feel grateful and humbled to be a small part of this great venture in global education.

John Coughlin is Professor of Religious Studies and Law at NYU Abu Dhabi. He holds a Th.M. from Princeton Seminary, a J.D. from Harvard University Law School, and the  J.C.L. and J.C.D. from Pontifical Gregorian University in Rome.