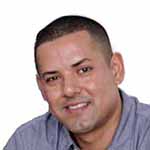 We are the bastard children of god,
A tribe of bereaved people mourning each other,

My family tree is kindling, for my one bedroom, cave at night,
Where I open up my flesh like a zipper and use my father’s blood
to deconstruct the composition of my life,

I was never raised,
I got boosts from strangers and hitch-hiked to twenty-one,

My heart is weary, it’s not easy always having to be strong,
My mind is tired of flexing, and I wanna cry the way my uncle said that men shouldn’t,

I look into the mirror and watch as the seasons change,
I was born on the first day of spring,
And though the flowers and the trees said otherwise—
My mother’s tears let me know that I was born in a time of letting go.

When I was younger, I thought if I touched a tree while looking at a star,
I could connect the two,

I wonder where pawnshops keep silence because the ocean never spoke, but it said volumes about coming and going,

On the day my father left, I knew that he wouldn’t be coming back,

You can tell a lot by the way a door closes.

I’ve never forgotten the way the sun seeped into the dusty dim lit cathedral,
Sifting through the stain glass windows like corn turning into maza,
The battalions of uniformed flower arrangements,
The women in their long black dresses,
Veils draped over their faces like sad curtains,

The men in their dark suits,
Standing strong and dignified,
Holding their womenfolk,
Tiny rain clouds billowing in their eyes,

I’ve never forgotten the way everyone gathered around the pine coffer humming their lonely dirges,
The way I peered over the casket and observed how the stranger inside had a chin like mine,

The way I let the image of the stranger marinate inside my gut before I stepped out
to have a cigarette and a silent conversation with myself,
The content of which remains a mystery to me,

The image has never left me—
It permeates through my fingertips whenever I touch someone I know I’m gonna love,

For so long I cursed my poetry for being inspired from a dark place,
But every poem seeks to heal,
Looks inward,
Is an offering to the glassy-eyed little boy who lives on the other side of my stare,

As if my mind was bred to be a beast of burden,
I have carried the weight of emptiness,
I’m made up of scars and bone,
My pupils are the period at the end of a suicide note,
There’s a fist sized hummingbird vibrating inside my chest,
I have a continent on my shoulder,
For 24 years I held my father inside my heart by his throat.

I’ve seen cardboard neatly aligned on Skid Row, and I stared long enough to know that Hope is a one-way Street,

The university had walls, I did all my experimenting in the projects,
In darkened alleyways I prayed for enlightenment, or that God would manifest himself in a bowl of soup.

The moon followed me home, but it was a hypocrite because it shone the same way in those other worlds all those train tracks away,

I carried the weight of my father’s absence in the basket of my smile,
but the cicatrize was in my eyes and in my voice.

And in my silence,

Some nights I watched the television cast an inebriated shadow on the wall,
And though the figure of a mother was poorly represented,

I knew she was there,

I wasn’t properly educated, but I learned to read eyes the way that some might read books,

I don’t know the square root of 312, but I know pain so intimately that I can feel it when it’s near,

Give me curtido with my pupusas, give me Salsa with my Blues,
Textbook clenching squares trying to fit into pyramids,
Not knowing that you had to be wounded for poetry to pour out of you like that.

Jorge Monterrosa is a poet and short story writer. Originally from Los Angeles, Jorge moved to New York to study writing at Sarah Lawrence College. He graduated in 2009 with a liberal arts degree. In 2012 he graduated from Long Island University with a master’s degree in education. Jorge taught high school English in Brooklyn for six years before eventually moving to the UAE in 2015. Presently, Jorge teaches English in Abu Dhabi and is working on a manuscript.