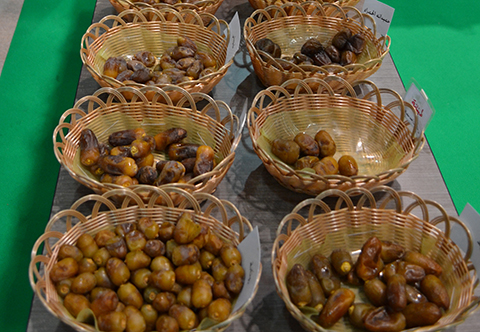 As both a wholesome snack and a cultural symbol, dates play an important role in Emirati heritage. Date palms are one of few plants that can survive and flourish in an arid desert climate; they are also packed with nutrients and are a particularly good source of iron, calcium and potassium.

The historical role of dates has been preserved in the present day culture; in keeping with the well-known tradition of hospitality, dates are always among the first things offered to newly arrived guests. Jars of deliciously sweet dates, accompanied by pots of steaming coffee, have become an iconic symbol of Arabic hospitality.

The Date Festival, held every year, celebrates this symbol of Emirati history and offers all of us a chance to discover more about this wonderful and important treat.

At the festival, local date palm growers and representatives from eighteen other nations proudly displayed their wares for potential customers and date-lovers alike to sample. As I wandered between the dozens of different booths, examining the rows upon rows of wicker baskets overflowing with dates, I was amazed at the sheer quantity of dates surrounding me. According to a pamphlet handed out to us at the entrance, more than five hundred different varieties were on offer. The combinations of sizes, shapes and colors that make up so many different varieties were almost unimaginable.

The different selections were not limited to just to whole dates; a myriad of date-derived products took center stage at many of the booths. Date paste to spread on biscuits. Syrupy date juice to sip from little cups. Dates stuffed with almonds, pistachios, and walnuts. Dates covered in chocolate, individually wrapped for a one-time treat or in massive gift boxes to share.

The booths were over-flowing with treats, and if we hesitated in front of a booth for even a second, the result was a proffered tray of samples, and the promise to “taste it, you’ll love it.”

Filled to the bursting point with dates? Can’t squeeze in another bite-sized sample? We found that there were many other ways to celebrate and enjoy dates that didn’t involve eating them. In one corner of the festival, customers had the chance to plant their own date palm tree. These trees, holding each planter’s name, were going to be replanted in the heart of Abu Dhabi’s downtown. A palm was on show at the center of the festival, with a climbing rope set up for those feeling brave enough to scale the tree. One booth even boosted a large date sculpture of ‘Malweat Samara’, the minaret of Iraq’s Grand Mosque.

Despite the emphasis on dates, there is much more to the festival than a simple love of the stickily sweet snack. And much more is exchanged at the festival than just contact information between businesses and customers. The focus of the festival is to celebrate the history and heritage of an entire region. As the director of the festival, HE Rashid Mohammed Rashid Shariqi, wrote “[the festival] is our opportunity to fondly remember and honour our glorious past, as well as to reflect on our present.” 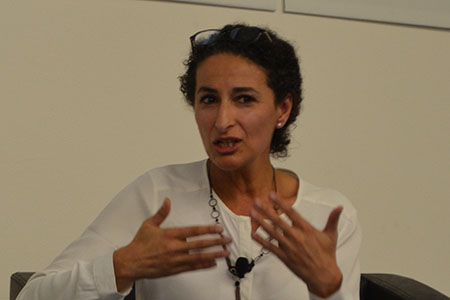 An Interview with Nadia Benchallal

During the civil war in Algeria, Nadia Benchallal roamed the streets photographing women going about their daily activities. When war broke out in Bosnia, Benchallal captured the images of women and children fleeing the Srebrenician massacre. During the tumultuous years in Myanmar, Benchallal forged friendships with the women there and recorded their everyday lives. France, Palestine, Iran, Burma, Malaysia, the list of places Benchallal has documented over the last two decades is extensive and continues to expand each year. But what is Benchallal searching for? Why is she taking these photographs?

What started out as a personal journey for the Franco-Algerian photojournalist wanting to discover and understand her homeland soon morphed into a far-reaching long-term project. It is a project that involves photographing Muslim women all over the world, portraying the different identities in order to “go beyond the stereotypes” and to “build a bridge between cultures and within the Muslim world itself”.  Nadia Benchallal joined Professor Shamoon Zamir at New York University Abu Dhabi on the 27th of September 2012, for an interview-style presentation about her black and white photo-essay, entitled “Sisters,” which is currently on display at the Downtown Campus. 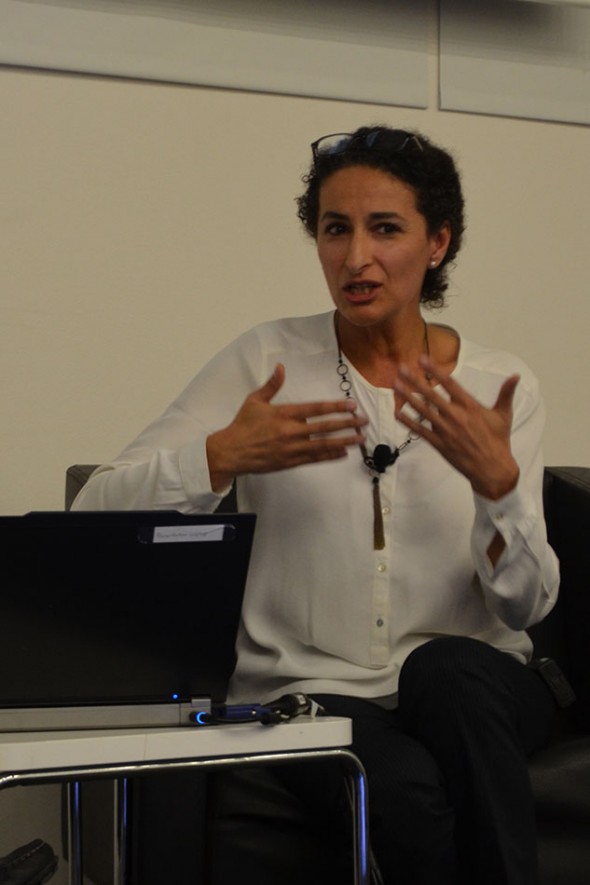 Of Algerian descent, but born and raised in France, Benchallal had always considered herself French. Other than a few family holidays back to Algeria scattered throughout her childhood, she had not much exposure to her origins while growing up.  In 1992, while Benchallal was studying photography at ICT in New York, Algeria was undergoing a massive shift following the coup d’état and outbreak of civil war. It was at this point that Nadia developed an acute interest about her homeland and began to ask herself, “What is Algeria, what is this country?”  Twenty years after her first visit to Algeria, Benchallal packed her camera bag and boarded a boat from Marseilles, heading into the heart of a society in turmoil to discover an answer to her questions.

From the start, Benchallal’s focus has always been on women; old women, mothers, teenage girls and children dominate her photographs. After her presentation, a man in the largely female-dominated audience jokingly asked Benchallal if she would ever do a project on ‘brothers’. As Benchallal herself said, however, she is “completely fascinated by women” because they often are the ones with the untold stories. “We don’t hear them,” Benchallal stated, “They are silent.”

“You see women in the front of these revolutions, but they don’t want to take the power. They [just] want to be equal,” Benchallal continued. One of the photographs on display illustrates this idea: a lone woman holding a sign, protesting by herself in the streets. Without photographic evidence, how many courageous moments like this go unnoticed and untold?  The search for these hidden stories steered Benchallal from woman to woman, and she found she was constantly uncovering more with each photograph she snapped. “I was pushed to enter the houses of these women and I discovered a world that I didn’t know at all.”

Benchallal’s curiosity and fascination about the world of these women convinced her to expand her project from the streets in Algeria to the frontlines of the war in Bosnia and, later, into documenting other regions in periods of unrest. As Benchallal explained during the presentation, she had first heard about the war over the news but had grown to mistrust how the media portrayed events. While in Algeria, she explained, “What I was seeing in the media was not what I was experiencing in the houses” and so Benchallal decided to take on the task of documenting for herself the consequences of war on women.

What is the most striking about Benchallal ‘s photographs of these women dealing with war is the glimmer of hope and determination that shines through amidst the destruction and chaos of the setting. Women smile, children run around playing and families gather together. Many of the photographs seem to show normal life progressing as usual with little hint to the external circumstances. Benchallal doesn’t look for anything in particular in her photographs, she said, she simply documents what is there. “I’m looking for the life, what it is. Sometimes it’s joyful, sometimes it’s melancholic, sometimes it’s difficult, sometimes it’s dangerous…” With a click of the shutter, Nadia Benchallal captures the essence of the women; the fleeting expressions that epitomize courage and faith, and tell a revealing story.