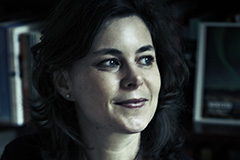 Caroline Brothers’ s Hinterland, which follows the lives of two young Afghan boys who are refugees from their country, is an uncomfortable novel. There is something disturbing about the way it has made me suddenly conscious of my own body. Two brothers, Aryan and Kabir, are forced to work in a farm in Greece, or swindled again and again by those who promise them safety, abused, lost, or shivering. Both are young, too young to have to be so old and daring, too innocent to be victim to an ugly and tyrannical history.

Brothers has taken on a difficult task. Refugees define the crisis of our times, and as civil war, famine, invasion, disease, and climate change continue to escalate, so will the refugee crisis worsen. Brothers, who is also a journalist, is much too familiar with the terrible conditions in which these people struggle to live, sometimes just to survive. Her task, from her many years of experience reporting about refugee children in Paris, Greece, and other capitals of the world, is, in her own words, to break “news of Europe’s invisible child refugees on the front page.” Her novel breaks that news on every page; every moment in this novel is striking; every part of Aryan and Kabir’s journey is important; and when we leave Kabir in England at the end of the novel, we know that so much has to be written, still: life could hardly end here. 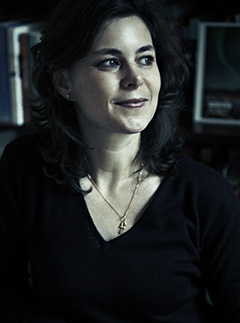 Author Caroline Brothers will speak
at the NYU Abu Dhabi Institute on
September 10 at 6:30 p.m.

To write about people who are so far removed from our own lives is always difficult. Immense research must go into it. The love and empathy that one must build, slowly and over a lifetime, for people who one has encountered always from a safe and innocent distance — the work is daunting. History, too, must be dealt with: one need only turn their eyes to Afghanistan for a moment to be blinded by the intensity of its past. Violence has accrued over generations, and it carries the various brands of the white world: America, England, Russia. Local brands are available, too: the Taliban, often a distant but formidable presence in this novel, are responsible for the deaths of Aryan and Kabir’s entire family. I wonder if there were such times, when Brothers was writing Hinterland, that this history proved to be too much for one individual to write about. But I am quickly reminded of the courage and trust in life that the two brothers must have had, to shoulder such a history and then dare to leave it behind.

To write about people who are so far removed from our own lives is always difficult.

There are moments in this novel that find me wishing for more: more courage, perhaps, on the author’s part, to confront history, or to find ways of narrativizing the refugee’s struggle for survival that are less interested in being coherent, or even readable, to attempt to reimagine the entire landscape of a form such as the novel, which seems ill-suited to address life when it is spinning at full-speed inside a destructive washing machine. Consider the English of the book. How are two brothers and their acquaintances, who likely barely speak the language, employing idioms that would have been foreign to their tongue? Phrases such as “Don’t worry, it’s not like we don’t have time,” or “You lost people in your family too, didn’t you,” or “You’re the only real family I have left” seem like awkward simulacra of Hollywood films. They appear out of place in this refugee novel, like old Hong Kong movies dubbed in English. I regret that the author refuses to be attentive to silences in such moments. Things said in the privacy of the camps, things that this author must have misunderstood, those things lost in the vast horizon of translatability — all seem somehow narrativized, sanitized even, for the sake of the novel.

I sit upright. My back hurts; I have been here for almost two hours now. How easy it is to be comfortable, I think, how easy it is to forget now that the novel is ended. Is literature as powerful as one would want it to be? Perhaps in the refugee’s ongoing conditions of captivity and fugitivity, speculation and narrativization are terrifying forms of violence. We abstract, when we read about Aryan and Kabir, from the specific experiences of particular people. Speculation requires us to profess control. In narrating, we draw the paths their lives will take. I can only wonder if there will ever be a different way to write this story. There is much work to be done.

Chiran Raj Pandey is the managing editor of Electra Street and a senior at NYUAD, majoring in Literature and Creative Writing.

Author Caroline Brothers will speak at the NYU Abu Dhabi Institute on September 10 at 6:30 p.m. 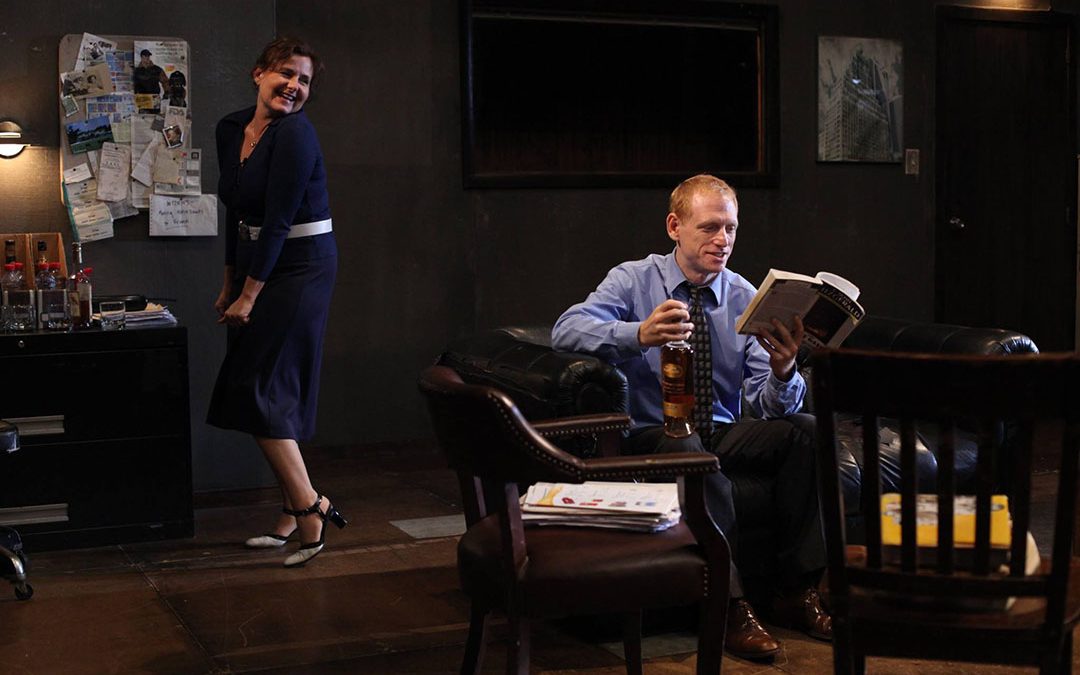 Chiran Raj Pandey
September 2018
I recently watched Elevator Repair Service’s production of Gatz on a Friday afternoon and night at the NYUAD Arts Center. Spanning eight hours, including two intermissions and a dinner break, the show stages F. Scott Fitzgerald’s novel, The Great Gatsby, from start to finish.
The scene is set in a typical office in the ‘80s. Scott Shepherd stars as the novel’s narrator, Nick Carraway—or, more precisely, as an office worker who gradually transforms himself into Carraway before our eyes. Shepherd’s “Nick” is a middle-aged man dressed in a drab shirt and pants with a coat the color of every fallen leaf in the fall. It is the setup for an elaborately boring life, one marked by indefinite bouts of loneliness and dullness. When he cannot get his computer to start, after repeatedly hitting the keyboard, Nick then finds a paperback copy of The Great Gatsby, and begins to read it out loud. What, ultimately, is Gatz? Gatz is what loneliness is, the dull, eventful crackle in the back of your head as you hammer on the keys of your work computer as though to force it open. It is an attempt at a community. Gatz is an aggressive challenge to the godforsaken idea that writing—and reading, for that matter—must happen in solitude. 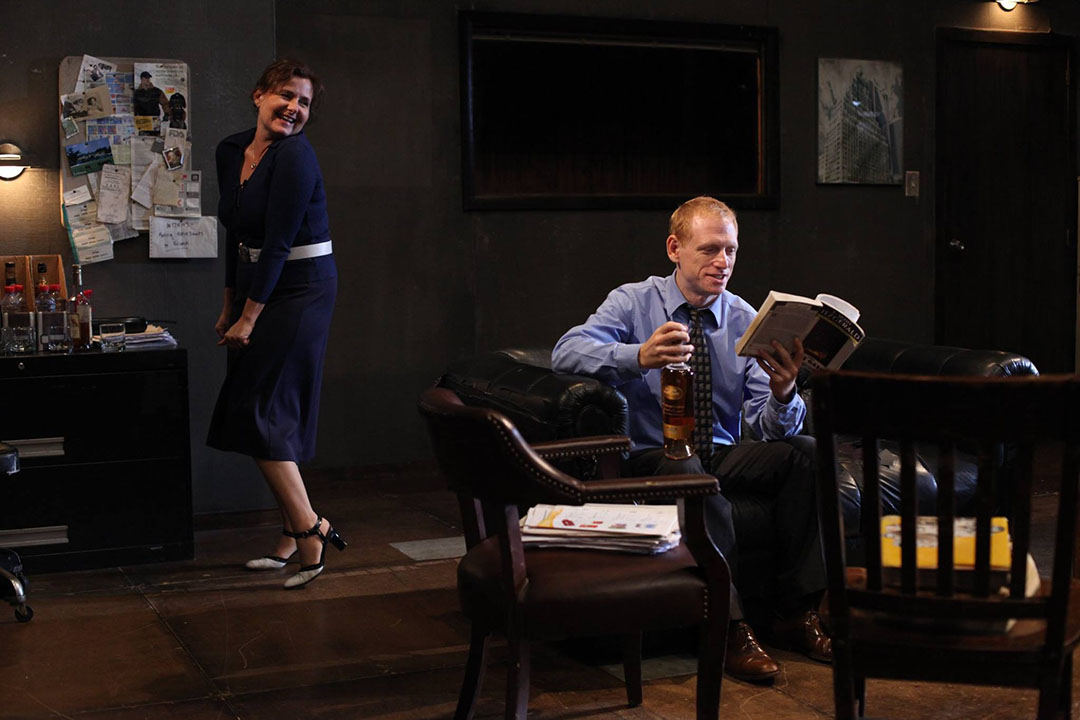 Laurena Allan as Myrtle and Scott Shepherd as Nick in the Elevator Repair Service’s production of Gatz at the Arts Center at NYU Abu Dhabi.
Photo by Waleed Shah for The Arts Center at NYU Abu Dhabi
“I’m a writer. I write best in solitude,” my Creative Writing professors tell me, and I, too, have nodded along to that more often than I’ve disagreed with it. I return to my writing and to reading when I feel especially lonely, and reading makes me lonelier. Over the weekend in a Facebook group for NYUAD Literature and Creative Writing majors, I wrote that our program refuses to socialize in our scholarly work. After classes, all of us return to our dorms or to our private spots in the library to finish the readings for the next day, while STEM students are happy to organize study groups, often with teaching assistants or professors. It may be that the technical requirements of STEM assignments allow its students to work in that way. But I believe that it is also our ideology of literature—especially the psychological and social stipulations around its most prominent child in the Anglo-European tradition, the novel—that keeps us from mingling and making this discipline a communal practice.
I return to my writing and to reading when I feel especially lonely, and reading makes me lonelier.
In Gatz, the narrator’s unusual and daring act—reading the novel out loud—transforms the very idea of the novel. Fitzgerald’s Gatsby, 150- pages-long in a typical edition, is not meant to be read out loud, at least in our modern times. The Anglo-European-US novel is associated with individualism, increasingly so in the twentieth century—when individualism thrived as an outgrowth of capitalism and consumer culture. Not only does the novel enable individualism, it encourages it. But alongside individualism has always been its ugly twin, loneliness, long married to the novel—both in the act of writing and reading it. Elevator Repair Service’s Gatz shows us a way out of the dark and lonely hole of “literature” as we currently understand it. Shepherd’s performance as Nick Carraway mines Fitzgerald’s text for humanity. Carraway’s “I” becomes more than just an internal monologue in the mind of the reader: it becomes narrator-as-storyteller, part of a simpler but undeniably more enjoyable orature.
New York Times critic Ben Brantley on Gatz in 2010.
Source: YouTube.
In a review of Gatz published by the New York Times, critic Ben Brantley describes Gatz as a dramatization of the individual act of reading: “Boy meets book. Boy gets book. Boy becomes lost in book.” To me, that is a false and ultimately reductive characterization of this complex work. Instead, Gatz dramatizes the possibilities of meaning-making when reading becomes a communal act. The show does not take place in the mind of the reader; it materializes in the very real and tangible space of a corporate office in the 1980s. Nick Carraway is born of the leftover bones of Shepherd’s first character, whose middle-aged life, spent in the dreary and dying office has led him to reminisce: “In my younger and more vulnerable years …”
Gatz dramatizes the possibilities of meaning-making when reading becomes a communal act.
Shepherd’s full transformation into Carraway towards the end of the play, when he shuts the paperback and speaks directly to the spectators, is powerful—as it should be—because it suggests to us the possibility of an impossible convergence between the real world and fiction. But, I add to that, it is only realizable when the whole world is involved; when we are all huddled around the fire and open to listening to each other, when Nick Carraway feels welcomed by the community to tell his Jazz Age story. Gatz bears in its novel hands the written text of Fitzgerald’s Gatsby and takes it back home to the orature of its narrator. It reveals to us Nick Carraway’s sad and poignant, sometimes funny, and always extraordinary voice, and ultimately, it is made possible by Nick’s listeners—Shepherd’s reader, his colleagues in the office on the stage, and the play’s audience. This production of Gatz marks the beginning of the possibilities of imagining literature as a communal event. Let us take it even further and redefine our forms and genres to be predicated on and informed by the community, to make literature the all-encompassing field that can accommodate this production of Gatz comfortably under its expansive human wing.
Chiran Raj Pandey is a student of Literature and Creative Writing at NYU Abu Dhabi. His artistic practices include fiction, poetry, literary and cultural criticism, theater, and music. He is the managing editor of Electra Street.
Gatz, directed by John Collins and presented by the Elevator Repair Service Theater Company, was staged three times at the Arts Center at NYUAD from September 21 to 24. The production travels to NYU’s Skirball Center in New York, where it will run from January 23 to February 3. Join us for the Great Gatsby Community Read on Thursday, September 27, at 6:30 pm in the Reading Room at the NYUAD Art Gallery. Register here. The event is co-sponsored by the Arts Center at NYUAD, the NYUAD Art Gallery, and Electra Street.
FURTHER READING 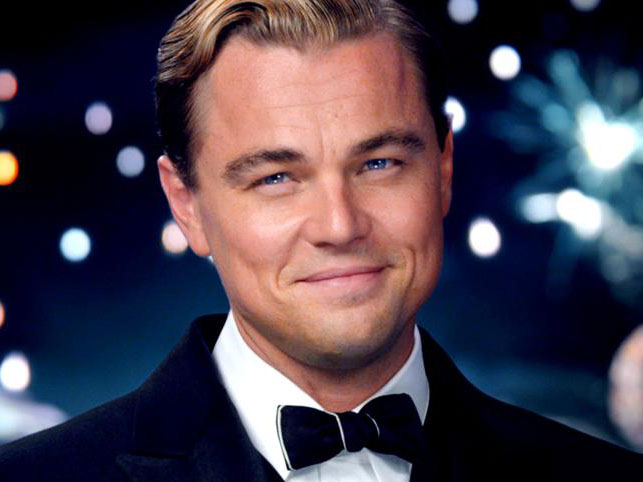 Gatsby Can Teach Us All about Social Responsibility 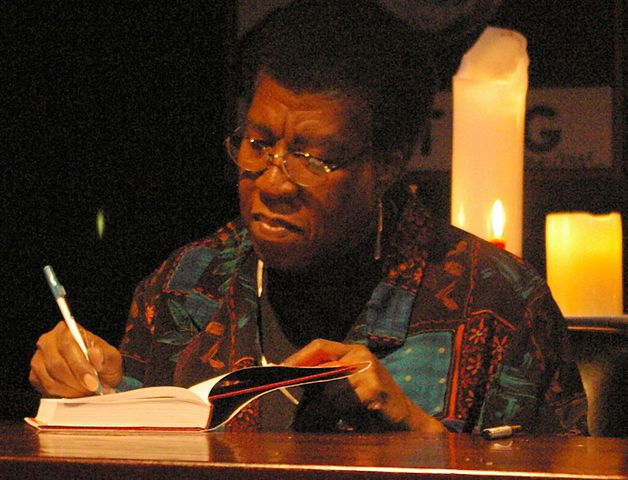 LITERATURE AND CREATIVE WRITING
To Get Ready for Climate Change, Read Octavia Butler