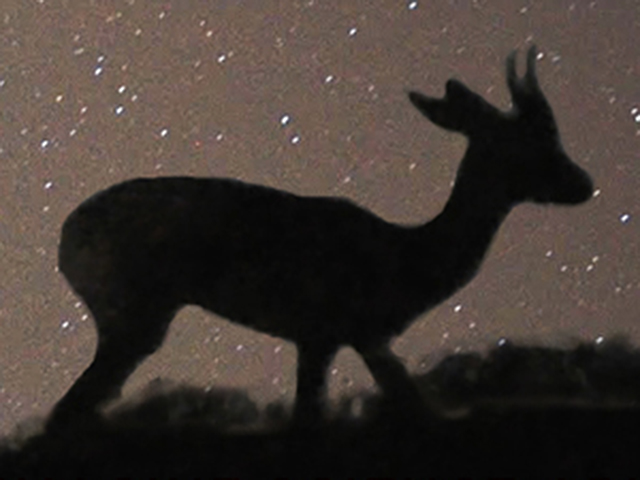 Because I’m taking a “Pathways of World Literature” class called Dreams this semester, I signed up to watch a program of short films called “Dreams and Delusions,” which was part of last month’s Imagine Science Abu Dhabi Film Festival. Despite my stint with high school science classes, I would never consider myself a “science person.” That isn’t to say, however, that I don’t enjoy science: I do on rare occasions — just like I occasionally enjoy hitting the snooze button on my phone three times in a row instead of the standard two. I thought, however, that it might be interesting to supplement my coursework by examining dreams from a non-literary perspective.

The Imagine Science Film Festival was organized by Imagine Science Film, a nonprofit organization founded by Alex Gambis, (who is currently serving as a Visiting Assistant Professor in Biology and in Film and New Media at NYUAD). The organization’s goal is to merge the world of science with that of film. The film festival was held at NYUAD in late February, offering a mix of both short and full-length films, panel talks, and an experimental exhibit that was housed in the Arts Center.

The “Dreams and Delusions” program comprised eight short films from different parts of the globe and examined both dreams and neuroscience. I was interested in the program’s focus on short films. As someone who readily admits to being wordy when it comes to almost anything, the act of condensing — into a short film, a poem, or otherwise — fascinates me. While there were admittedly some films that I just did not “get” (i.e. a one minute short that was composed of rapidly evolving drawings reminiscent of all reasons why I don’t consume energy drinks), I did appreciate how all of the films played with the concept of a reality that isn’t really there and of thoughts that are so vivid they might as well be walking in the park.

The films presented in “Dreams and Delusions” weren’t as (neuro)science-heavy as I expected them to be: the closest was Jeannette Louie’s 2013 short Amygdala, which personified the bundle of neurons as a way to examine its role in how we perceive fear. The hippocampus made an appearance towards the end of the film, and I sat in the back row of the theater with a triumphant, “I-remember-this-from-high-school” smile on my face.

As we exited the screening room, we were asked to fill in a short survey to see which film would get the “People’s Choice Award” at the end of the festival. I chose Julie Englass’s Blame it on the Seagull, a 12-minute animated film that explored the ways in which our thoughts can interfere with our reality. The line between the narrator’s daily life and his fixation with avoiding death was constantly blurred, with color blotches and other images interspersed with Englass’s hand-drawn animation visually representing the blur. The narrator recalls the past events with the same buzzing intensity that the visuals convey. Blame it on the Seagull opened the “Dreams and Delusions” event and created a personal look at how the mind works, setting aside textbook definitions.

I can’t say that the event left me with a better understanding of how neuroscience works in relation to dreams. What I can say, though, is that I liked the films because I connected to them. I’ve been in situations where my mind has wandered off somewhere else, where I’ve had dreams that seemed so real I could’ve sworn I was awake, and where I actively began daydreaming in order to escape the reality of life.

Moreover, as part of a festival centered on science, these films seem to me some of the most accurate representations of science I’ve ever seen. More often than not we put science on a pedestal as an answer book to “Life’s Big Questions.” We often forget that science is the art of discovery and that people are drawn to the field because of the process of discovering.

In a way, I’m glad that I didn’t really “learn” anything from the short films. I don’t know how dreams work; I don’t fully know how the brain works—and maybe I never will. If Imagine Science Films seeks to establish a conversation between science and film, the “Dreams and Delusions” event struck a perfect balance: neither field overpowered the other; instead, they instead played off one another other productively and creatively.