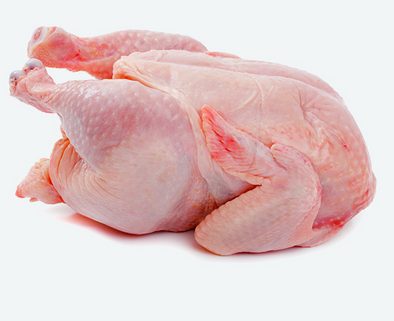 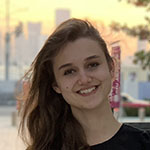 One of the very first things that I saw once I arrived in Washington, DC for J-Term during my freshman year was not, unfortunately, the White House, the Capitol, or the Lincoln Memorial. Instead, it was a raw chicken that a friend brought to my dorm room, asking if I could cook it for him. My surprised answer to this question was “No,” followed by an explanation that my culinary abilities peak at making tea.

His reply: “Are you a woman? What type of woman?”

I resisted the temptation to check in the mirror to see if I had somehow changed physically during the past few hours. The truth was that my femininity was questioned because I did not know how to cook: my femininity was apparently defined through something as basic as the ability to make a chicken steak. And here I was, a Polish girl in the capital of the most powerful country in the world, following the American Dream – but confronted and somehow defeated by a raw chicken.

I do need to admit one thing: it was a big mistake, my not having learned how to cook before. After traveling to various places all over the world, I now understand one thing: food is not always the most pleasurable representation of local cultures. I cannot count the number of situations in which I would have benefited from knowing how to cook a raw chicken—and not only because eating noodles every day in Shanghai bored me. Or because Ghanaian fufu and I were not a match made in heaven. Knowing how to cook gives us more independence: we are not put in the position of having to hope that the chicken steak we ordered in a restaurant will be edible. We can have an actual influence on it.

But in the end, it is not my obligation to learn how to cook: it is my choice. As it should be for anyone else, whether woman or man.

The fact is that, throughout history, women’s roles in the society have not been too diversified. Our time of glory apparently passed a while ago, together with the tribe of mythological Amazons and their most famous representative, Wonder Woman. She did not make it to my history book, unfortunately, which puts her in the same position as so many other women, who actually existed outside of comic books and movie screens and who have contributed to building the world for centuries and centuries. If my history book ever spoke of a woman, her biography always started with “She was a mother of a king…” or “She was a wife of a soldier…”. Inspiring. I can almost imagine a biography starting with “She was a cook for life …”

Unfortunately, women all over the world have been trapped in stereotypical “feminine” roles for centuries. In Aboriginal Australia, for example, men used boomerangs for hunting, whereas women were equipped only with a special tool that enabled them to carry babies. I learned about these differences from an actual representative of Aboriginal Australians in Sydney. While listening to his story, I started to contemplate how much the world had changed since the times when there was a clear division of gender roles.

Images of influential women started to appear in my mind. Women like Angela Merkel, Maria Skłodowska-Curie, and Margaret Thatcher have shown me that the world has evolved since Aboriginal women had their special tools for babies.

Filled with pride and optimism, I saw my friend raising her hand to ask our Aboriginal guide a question. “Could you pass me the boomerang? I want to see how heavy it is.” He looked at her impatiently. “No. It is a weapon for men and it cannot be touched by women. That brings bad luck.” And somehow the face of Angela Merkel in my mind was quickly replaced by the memory of raw chicken, defeating me yet again. “It is a tradition, though, you need to respect it,” I told myself.

At least that’s what I thought until I met another Aboriginal guide, who happily let me hold the boomerang. I was shocked. I wish I could have introduced the first Aboriginal guy to my chicken friend. They might have enjoyed watching Battle of the Sexes together. They might have laughed together at Bobby Riggs’s comment during a press conference with Billie Jean King: “Don’t get me wrong. I love women—in the bedroom and in the kitchen.”

I’m intrigued by the fact that people seem to think that men are actually better cooks than women. When I looked online for a list of the best chefs of the world, I saw that not a single woman made it to the top ten. Not even the top twenty. But then I found her: Nadia Santini. From Italy. Position number 38.

So why do we insist that a woman has to know how to cook if it seems that men are capable of bringing more culinary joy to our lives? Maybe we should make men’s ability to cook more central to their identity. If men cook so much better than women, why not encourage more of them to find fulfilment in that place where they can exercise their natural talents? The kitchen.

Jokes aside, I just still keep asking myself why we require women to cook in the domestic space, while most of the shining stars in the public culinary world are men.

But I am afraid I know the answer.

Women are not worse at cooking than men, but on television, cooking is no longer just cooking: it is professional cooking. Cooking on television is no longer a waste of time and effort for no financial rewards. It is a job in the cooking industry, which like most industries today, is dominated by men, the breadwinners of families. Domestic cooking? Please, it has no value, let a woman do that. I have better things to do. But professional cooking …?

I am not saying that there is anything wrong with a woman who wants to cook in the private sphere. I personally advocate that everyone learn how to do it, simply because it is a highly useful skill. I am just bothered by the fact that certain identities and gender stereotypes are imposed on us women so brutally, thereby defining our femininity for us.

Maybe a woman’s inability to cook does undermines her femininity—if we associate femininity with the cozy and welcoming atmosphere of home created by the smells of the kitchen, with that certain warmth that women know how to evoke to bring their families together. But there are so many other ways that a woman (and a man too, if he wants) can fulfill this task, other than cooking. Femininity can have many faces, strong and independent in addition to fragile and delicate. Or maybe we should combine them all.

I suppose my friend in Washington could not understand that my inability to cook the raw chicken does not undermine my femininity because he was a typical male conqueror. And in this guise, he broke to our room few nights later to get what he wanted: our last piece of pizza. So masculine.

Laura Deryng is a senior at NYUAD, majoring in Economics with a specialization in Finance and Computer Science. She is originally from Gdańsk, Poland. Laura’s interests are diversified, ranging from international affairs and journalism to blockchain and cryptocurrencies.

She loves traveling: her favorite travel destination is Japan. Laura is also very passionate about sports. She has been playing basketball since she was 10 years old. Besides that, she enjoys running, boxing and playing tennis.