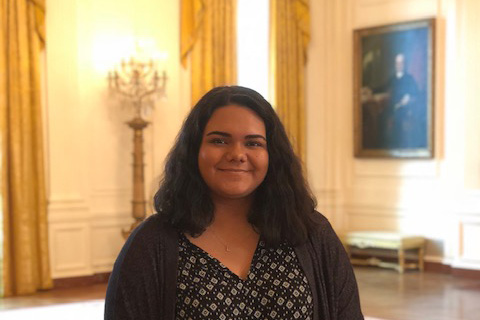 Reflecting on the UAE’s Stories of Migration 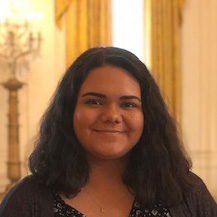 They had no menus in English. After the way that cinnamon and powdered sugar melted in my mouth after the first bite of pastel de nata—a rich egg custard nestled in crisp pastry—that is the one thing I remember from the night we stumbled upon Al Ulya-Loule.

We were supposed to have dinner at a popular Korean barbecue, but committed the grave mistake of showing up on a Friday night without a reservation. After a couple hours of roaming around, we found a small cafe hidden in Al Ramlah Street in Abu Dhabi, filled with the scent of strong coffee and people speaking nothing else but Portuguese. Sitting among them felt like we had walked into a well-kept secret; the recreation of a quaint, small town in the Southern tip of Portugal, existing strangely in a corner of the UAE.

Restaurant-hunting had become one of our rituals, and the feeling of being transported to some faraway town while browsing old, wrinkled, menus was nothing new. After spending time in the bustling streets of Mumbai and growing up within the vibrancy of Latin America, I have often found the silence of Saadiyat Island to be just a little too loud. Trying a new cuisine each Friday became a way to make up for all the things that I missed from home, from the spice that was so painfully absent from the food served in our own dining hall, to the sound of people living and existing around me.  Soon after, I realized that at the backdrop of my food adventures lay a larger story about Abu Dhabi and the UAE—one that is often missing from tourism blogs and official stories of how this place came to be.

As a student at NYU Abu Dhabi, you are taught a thing or two about the history of the UAE. You learn of the generosity of its rulers and the hospitality of its people. We are told stories of bravery and compromise about the negotiations that took place so that seven very different kingdoms could come together and form a federation. You learn that Oman and Bahrain were supposed to be part of the union, and that Ras Al Khaimah was the last of the Trucial States to join the agreement. Then, in some strange fast-forward, you are shown the beauty, opulence, and high-rises. What we often don’t learn about is the in-between—the stories of those who imagined, planned, and built the streets and buildings we walk on today.

I have often found the silence of Saadiyat Island to be just a little too loud.

What they don’t tell you about the UAE is that is also the home of a fascinating population dynamic—that it is a country built by migrants. Fortunately, Abu Dhabi’s restaurants help tell that story.

In a way, Boti Street—a small Pakistani restaurant whose neon sign flickers at the bottom of Liwa Tower—tells the story of a South Asian diaspora that would shape the demographic landscape of the UAE forever. Every night at its tables sit perhaps a dozen of the 1.2 million Pakistanis nationals who migrated or were born in the UAE. From crane operators and taxi drivers to fishermen and bankers, they are a force within different sectors of the economy and today constitute over 12% of the population.

And they don’t sit alone. All around Abu Dhabi, they sit elbow to elbow with some of the over 2 million Indians with whom they share, among many other things, a love for chai, cricket and naan, and decades of postcolonial hatred for one another. Despite the grievances of a bloody postcolonial history, in UAE where the life of a migrant worker is mined with difficulty, food and spice provide a space to find common humanity in taste, memory, and nostalgia.

On Salaam Street, Lebanese restaurants, Syrian cafeterias, and Turkish supermarkets exist side by side with each other, despite decades of conflict among these countries. In Abu Dhabi, restaurants serve as examples of peculiar coexistence, where people whose ethnic identities and political pasts could have prevented them from ever sharing a table.

A stroll down the area surrounding Abu Dhabi Central Souk, where you can’t walk more than a couple blocks without seeing a tea shop serving 1 AED cups of karak—a thick and milky type of Indian tea, often spiced up with cardamom, saffron, and cinnamon— tells the story of a country that is beautifully and undeniably shaped by those who “aren’t from here.”

A majority of UAE residents lack the luxury to visit their countries when homesickness takes over, and that is when food becomes a way back home, but in places like Ortego’s Deli, and countless other Filipino bakeries that adorn the corners of Hamdan Street, workers get to enjoy pandesal and reconnect, even for a brief moment, with the island they left in search of economic opportunities.

The restaurants found in every corner of the city are whispers of belonging and small tokens of resistance.

It has been a year since I moved to the UAE, and I have yet to find out what Emirati food tastes like. But I’ve had Nepalese dumplings in Vansha Ghar, Ethiopian breakfasts at Bonna Annee, Bait Al Khetyar’s Lebanese manakeesh, and have spent warm afternoons waiting for chat and dosas outside Chhappan Bhog—one of the only places in the city where North and South Indian food come together. Abu Dhabi’s restaurants do more than tell individual stories of migration, and they are more than occasional culinary adventures. They are reminders that the UAE, at its core, is a country whose foundations it owes to the courage of those who left everything behind. They serve as reminders that there are gaps in the stories we tell.

The infinity of choices available to us every Friday are not an accident, each one of these places deepens our understanding of Abu Dhabi. Food diversity in the UAE is not the product of commercialized chains opening branches in a rapidly-growing city, it is the result of wave after wave of migration. The restaurants found in every corner of the city are whispers of belonging and small tokens of resistance, owned by the very people who made the choice to leave their homes. Even if these people and their stories are missing from the common discourse of the creation and rise of this country, it takes a short ride on the public bus and a walk down Hamdan St to find out.

Laura Assanmal is a sophomore from Honduras studying at NYU Abu Dhabi and currently living in London. She is a Social Research & Public Policy and Film & New Media major, but her true passion is writing about issues of gender, race, immigration, and intersectional feminism. When she isn’t consuming unhealthy amounts of coffee, she’s trying new restaurants in the city. Send her recommendations at lma502@nyu.edu. 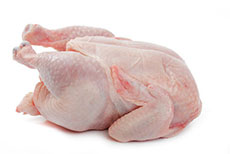 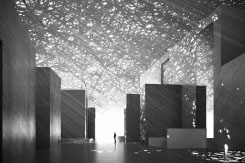