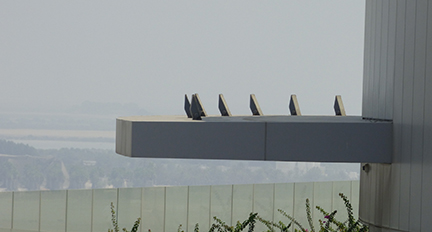 This piece describes the work of translation as an introduction to a course on Dignity and Indignation, a Freshman Core Colloquium at NYU AD. I thank Mohit Mandel (http://translationnetwork.org/) for selecting and editing excerpts of student responses.

At a moment when the trope of the “network” or “moving map” is replacing the old paradigm of the map as regards the contact between world cultures,  the work of “translation” has most recently become the paradigm par excellence for historical, ethical, political, and cultural, production: making texts present in and to other locations and, in so doing, rendering the text present to itself by offering new perspectives on its meaning.

A translation of the word and concept dignity in the opening sentence of the Universal Declaration Human Rights (UDHR) opens up the document, allowing it to be read beyond its original context and relevance, thus making its transmission available to different perspectives. Translation brings attention to the instability of the original text by continuing the work that the original drafters of the UDHR began in the post-war period: the search for a concept and word flexible enough to underwrite the legal concept of universal human rights and translated from English into world languages.

The “Translating Dignity” exercise served as a participatory introduction to the NYUAD course Dignity and Indignity during its first week. In the Gramscian spirit of Nick Bromell,  my aim was “to show how much political theory is packed into … the words and actions of ordinary men and women.” Before students encountered the concept in philosophical and historical texts, I asked each student to translate the word “dignity” into his or her native language, and in one paragraph to describe the first or the most memorable encounter with either the word or the notion. They were to share their responses on our course site. The writing and their subsequent discussion were designed to generate meanings, theories, practical, political, ethical implications of the term from personal and primary encounters with the word.

Students submitted translations in 18 languages including Spanish (Spain), Latvian, Russian, Korean, Japanese, Chinese, Hindi, Kannada, German, Danish, Malayalam, Bari (South Sudan), Spanish (Jamaica), Romanian, Pashto, Arabic, Vietnamese, and English. The course site documents the richness of the responses. The raw and unprocessed stories are packed with the many of the topics we will discuss in the term.

The word was evoked various contexts, from individual and family, to national, religious, and global; stories from intimate and private to world historical such as the Muhammad drawings in Denmark, Latvian independence from Soviet Union, Sudanese civil war were recounted.  The translations evoked the different meanings of dignity, as in social rank or honor, inherent sacred worth, market-value, or autonomy. During our second meeting student pairs discussed each other’s posts before presenting the work of their partner to the group.

Here I will present one example of the way in which the discussion of a particular post prefigured, organically, for the class what NYUAD’s Core Curriculum refers to as a “global challenge.”

A student from Latvia presented the viewpoint of a student from Denmark, whose first encounter with the word dignity was when when Muslim Danes expressed their indignation at the notorious Muhammad drawings. The Danish student’s point of view was that he could see how the drawings would be offensive, and that the artist should not have created them. Before we moved on, another student, visibly distressed, asked to discuss the topic further: the artist’s right to artistic expression went so far as to include the right to insult Muhammad, the “man.” His tone was irreverent, and emphatic, and I perceived that he was making others in class uncomfortable. He was reenacting the Muhammad drawings episode, on this first week of Freshman classes in Abu Dhabi. In a series of back-and-forth exchanges, the student from Denmark offered that, while the artist had the “right” to express himself, he should not have done so out of respect for the Muslim community in Denmark.

I intervened by offering that the distinction between right and dignity evoked in the Universal/Cairo/Arab Declarations of human rights is a main topic of the course, and one we will address as we acquire the conceptual tools and historical perspectives. The translation and its discussion showed in a most organic and efficient way the crisis of constitutional rights or the liberal state as a legal framework for contemporary societies. I explained that one of the books assigned in the course is Hobbes’s Leviathan, a work of political philosophy that elaborates the notion of rights and civil liberties as they first appear in seventeenth-century Europe, forming the legal framework of the modern state. It is from Hobbes that we get the positive law formulation “if it is not illegal, you are free to do it.” This framework could contain political communities, I offered, in the aftermath of religious wars in Europe, because traditionally the emerging market economies provided the basis for a common sense. In contemporary multicultural societies, rights and law are proving insufficient means of insuring political communities, and cannot be a basis of a shared culture. The global challenge is to imagine and enact a new common sense or collective.

The writing and their subsequent discussion were designed to generate meanings, theories, practical, political, ethical implications of the term from personal and primary encounters with the word.

Student Comments: First Encounters with the Idea of “Dignity”

The first time I had contact with this word was during a math class when I was 12. Near the end of the class, the teacher suddenly stomped and, raising his voice, said: “Estoy verdaderamente indignado,” I am truly indignant.

I am not quite sure when I met the word værdighed for the first time. I do, however, think that it may have been in connection to the Muhammed drawings, and the reactions that came from many Danish Muslims in that regard. “You are violating our dignity,” I think they said.

I remember feeling the sense of this term since very early childhood in my country, when Latvia had recently re-established its independence from the Soviet Union.

The first time I encountered this concept (and this is often how the word is used) is when I heard about assisted suicide. When I used to live in Korea, there was an old, terminally-ill woman who sued the Korean government for not respecting her 존엄성 to decide for herself when she wanted to die.

I first encountered the word dignity when I was taught that our bodies should be treated with dignity, when I was having a lesson on chastity in a Catholic school.

For me, dignity is a feeling associated with belonging: feeling that you have a place to call home. My most vivid memory related to this is the story my grandmother told me about about how she came to the United States.

The first time I truly reflected on the concept of dignidad was during Religious Education class in the ninth grade.

I remember reading a news article praising a deaf guy who refused to receive an extended deadline for his class assignment. … I  understand danh dự (in Vietnamese) as the rights or worthiness that a person deserves.

What is it to be “dignified”? All I knew was that it was an honor to be called a “dignitary.”

The first time I felt the sense of dignity is when I heard my father and grandmother arguing about the position of a person in the family tree.

During one of my Islamic classes in ninth grade, our Islamic teacher told us that “One’s dignity  lies within their decency and chastity.”

My first experience with the concept of dignity was when I was out with my family, and we observed a young man causing a fit in public for some unknown reason. As we observed, we realized that he had cut to the front of the line for a service and demanded that he be served before any of the other people who were standing in line.

The first time I deeply thought about the concept of dignity was when I studied the Islamic law, fiqh (الفقه).

I remember encountering this word when I was learning Japanese history on warfare.

I came across this word for the first time when my parents taught me about the importance of the values that qualify the right of a person to be accepted and well-treated by society.

It was after the signing of the Comprehensive Peace Agreement (CPA) between the Government of Sudan and the Sudan People Liberation Army/Movement (SPLA/M) in 2005.

I first encountered this word when I learned about the frequent pickpockets’ and scammers’ methods in Europe.

I first heard the word digno, which is the adjective for dignidad, at the age of six while watching the movie Harry Potter and the Philosopher’s Stone.

I encountered the word 존엄성 when I was in middle school. In our Korean history class, we learned that the kings of Joseon dynasty possessed 존엄성, which was a justification for them to rule over the country.

A longer version of this piece will appear later this fall in Electra Street 03. 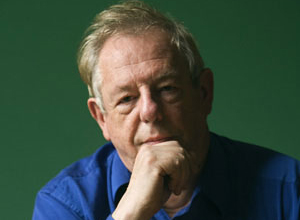