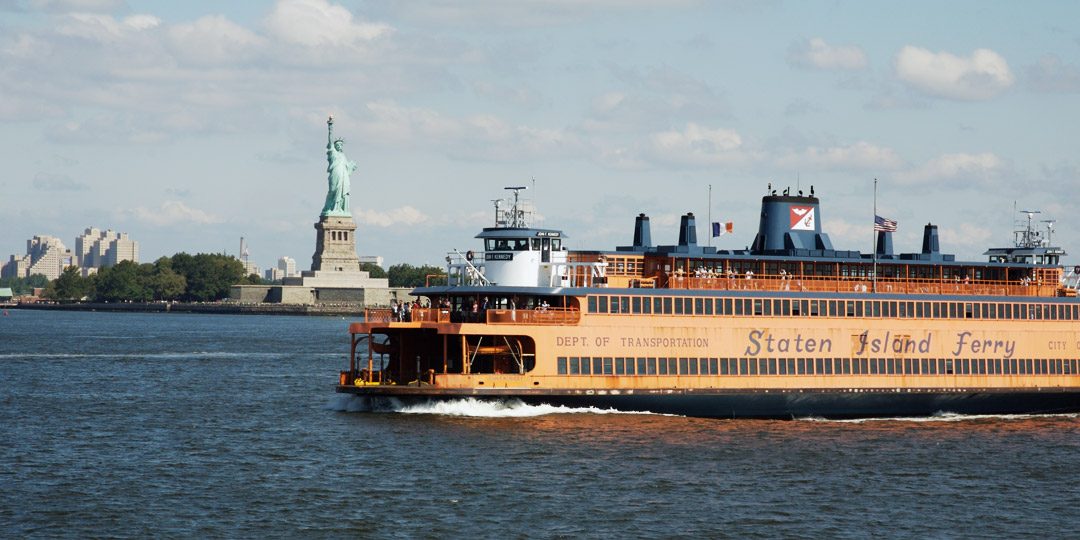 New York! The Big Apple. Some might even say, the “really expensive apple.” For many, living in New York City can be a dream come true. At the same time, however, not everyone can afford it. There is so much to do here, but what can you possibly do in NYC without it resulting in severe depletion of the wallet?

A little bit of geography on New York to begin with. The city is made up of five boroughs – Manhattan, Queens, the Bronx, Brooklyn and Staten Island. For me, as a Sri Lankan, the borough that stands out the most is Staten Island, because — unlike Manhattan — the borough seems to embrace its island identity. The mention of the word “island” immediately makes me think of one of two things – a place like home, deceptively small at first glance, surrounded by the Indian Ocean, or the island in Robinson Crusoe, an isolated, uninhabited little island where nobody would want to be stranded for a lifetime.

When you’re on the boat going towards Staten Island, look behind you: it’s an entirely different perspective of the Manhattan skyline.
One of the many appealing features about this ferry is the fact that it is FREE! Yes, the four letter word that pleases anyone who hears it. The Whitehall Ferry (South Ferry) terminal is easily accessible from anywhere in Manhattan. You may choose to walk, cycle or take the subway, most conveniently via the R line to Whitehall station. A subway ride in NYC costs $2.75 (AED 10) each. The ferry operates 24 hours a day, 7 days a week and even amidst a crowd of a couple of 100 passengers, boarding the ferry is hardly a challenge.

A few pointers before boarding the ferry:

The ferry ride, especially for a first timer, can be quite an experience. Try to squeeze through the crowd and get to the upper deck for the best possible view along the way. The most celebrated of the sights is arguably the Statue of Liberty and you can admire the statue perfectly, as long as you push yourself to that side of the boat. When you’re on the boat going towards Staten Island, look behind you: it’s an entirely different perspective of the Manhattan skyline, a picture that could only look better if it was around sunset. 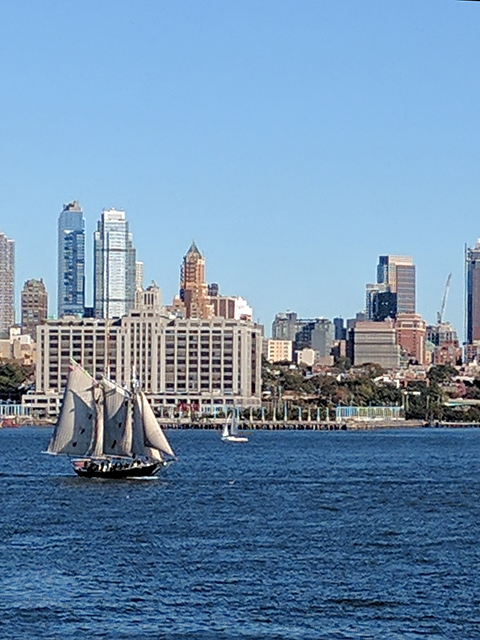 From the ferry you can also see the famous Brooklyn Bridge as well as the Verrazano-Narrows Bridge, which connects Brooklyn with Staten Island.  Other sights to note as the ferry sails along are Governors Island, an iconic location during the American Revolutionary War and now a great picnic and park area during the summer. You’ll also pass by Ellis Island, a key immigration inspection station through the late 19th and 20th centuries.

In just under 30 minutes, the ferry docks St. George Ferry Terminal on Staten Island. You have now successfully voyaged from one borough of NYC to another! It is now time to explore a little bit of Staten Island. As you exit the terminal, you’ll see the Richmond County Bank Ballpark, which is the home of the Staten Island Yankees. You won’t be the first person to wonder how likely it is that the ball would go soaring over the stadium and into the water, given how close the stadium is to the harbor. 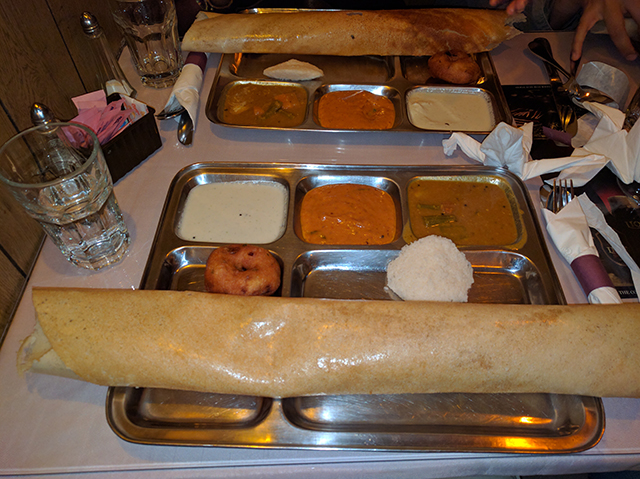 After your ferry, you might want to have a meal, and while there are plenty of restaurants on Staten Island, we found ourselves a little restaurant on Victory Boulevard called Dosa Garden. It is about a 20 minute walk from the ferry terminal, and you are almost guaranteed to feel really hungry when you get there. The food is excellent, to say the least, and would typically cost around $7 per person (AED 26). If you are not up for Indian food, fear not. There are several other restaurants in the vicinity that are bound to suit your liking. After lunch, you may or may not opt to return immediately to St. George Ferry Terminal. Whatever the decision, the ferries operate every 30 minutes, so the chances of getting stranded on a (totally-not-) deserted island are quite slim!
Top Photo Credit: http://www.visitstatenisland.com/
FURTHER READING